Is This All There Is To Life? Ron Mills Tells His Story

Ron Mills and his wife Ruth live in Gander, Newfoundland. Everyone going to Heaven has an outstanding day in their life – a day when they started for Heaven. No one has ‘always’ been on the road to Heaven and no one has gradually become fit for heaven. God’s salvation according to the Bible happens in a moment of time. For Ron Mills, his outstanding day was September 27, 1982. The calendar stated that it was Yom Kippur – a special day for Jews when they observe the Day of Atonement. Ron says: “Little did I know when that day broke that it would become my day of atonement (salvation).”

I grew up in a happy, normal, middle class home – the youngest of three boys. Both my mother and father were good parents who on occasion would go to church but were not considered “religious”. I had to attend Sunday school at this Church until I was eleven or twelve. After that I gave up going, having no interest in such matters. 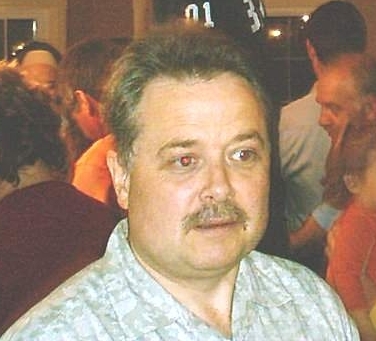 I do recall my dad speaking of his mother not allowing certain things in her home when he was a boy and recalling that she liked to read a Bible.

At the age of 14 I started to take more interest in listening to music on the radio and then started my own ‘record’ collection (before iPods and CD’s). I liked the Rolling Stones, Led Zeppelin, Black Sabbath and others. These groups, through their music and lifestyles were promoting an anti-Christian theme yet they were idolized and still are today. Looking back – the influence of this music formed the foundation for the early life decisions I made! (If you are a parent reading this, do you know what kind of music your children are listening and watching?)

At the age of 15, while in junior high school I became curious about “dope.” There were friends in my neighborhood who were doing “dope”. They seemed to be having fun. So I started experimenting with drugs “innocently enough”, with what some call “soft drugs” such as marijuana and underage drinking. I found out like many others that there is no such thing as ‘soft’ drugs. They are gateway drugs.

Looking back, there would really be no ‘one’ reason why one would take that road except for curiosity and the need to feel that you are in with the crowd. Little did I know it was my sinful nature that propelled me to make this choice! Romans 5:12 says:

“Wherefore as by one man sin entered into the world, and death by sin, and so death passed upon all men, for that all have sinned.”

At the beginning of this road I chose, I was having fun being with the crowd and enjoying all that comes with the choice. But late nights and heavier drinking with harder and more dangerous drugs, inevitably led to less interest in school and my family. This caused my marks to nosedive until eventually I was just scraping through my final School year.

By this time my ‘sin choice’ led me to drug abuse practically every night and most days as well. During this period there were a couple of my friends who had committed suicide which shook me up but only temporarily.

While on a trip to Toronto at the age of 18, I was doing some heavy drinking and drugs. I ended up over-dosing and wandering the streets of Toronto. Thankfully the OPP (Ontario Provincial Police) picked me up and recognized I needed help. I had been missing for several days. I was admitted to the Lakeshore Psychiatric Hospital where they treated me for three months. During this hospital stay I was constantly warned by the Medical staff to stay away from drugs and drinking. They warned I would end up spending the rest of my life in an institution. I can recall even “swearing” on a Bible before my parents that I would never touch the stuff again!

But within six months of returning home, I returned to drugs and drinking again with a vengeance. I had no control nor will to stop this suicidal path. I was not consuming drugs and drinking – the reality was they were consuming me! Over time, a certain despair crept in, leading to weeks of depression and hopelessness.

At the age of 22, I started to consider suicide as an answer to these feelings of hopelessness, although the depravity continued. By the time I was 23, I would get brief periods of wondering “is this all there is to life?” I remember going to night clubs after drug use and drinking and just standing among hundreds of people and feeling very alone and tired of life. Even at a night club, God can speak to souls! There had to be more to this Life!

Around this time, I decided to buy a Bible and see if there was anything in it that could help! Coming home one night, after a night of excessive drinking I opened the Bible randomly and my eyes fell upon the parable of “The Sower and the Seed” in the Gospel of Mark, Chapter 4. It illustrated the response of different people to the Gospel message: some hear and believe, others hear but don’t believe. In my darkness, I did not understand but I spoke to God and challenged Him:

“If you are God and you are what the Bible says show me the Truth!”

I continued on my sinful way but God was doing a work in my soul! Around the same time, a friend of mine was also searching for the truth. At times, we would bump into each other and we would talk about God in a general sense. She eventually found Salvation in Christ and started to witness to me. I was 24 and for the very first time, someone actually told me about Christ and His saving Grace! She invited me to witness her baptism on September 20, 1982. I accepted!

On that sunny Sunday afternoon, I felt my prayers were heard. There were approximately 100 people at a lake witnessing a baptism and everyone looked different – they were happy! I thought to myself: I want what they have! That night I was invited to hear the Gospel message for the first time in my life at the Gander Gospel Centre. It amazes me when we hear of Christians going to evangelize in distant lands when – here I was 24 years old, and up to this point I had never seen a Gospel tract or heard about Salvation from anyone!

At the Gospel meeting, the preacher faithfully preached the good news. In my mind, it seemed like the preacher knew everything about me, but of course, he didn’t. But God did and He was doing a work in my soul. I was convicted! No one had to convince me that I was a sinner but the best part of the Preacher’s message was that God loved me and proved it by the Cross at Calvary. I realized then and there that Jesus died for me!

The week that followed was full of questions and wonderings. I knew I needed salvation! Do you? The following Sunday I again attended a Gospel meeting. At this point, a uninformed friend of mine warned me to stay away or I would get brainwashed! That did not happen but eventually, my ‘sins’ – not my ‘brains’ were washed away!

The next day, September 27, 1982, was D. Day for me. I had to get this issue of my sin debt settled. So, off I went to an isolated cabin my uncle owned near the lake. In that cabin, I found a book written by Isobel Kuhn entitled “By Searching” which I began to read. The more I read, the more convicted I became. This book had plenty of Scripture verses that pointed me to Christ including Jeremiah 29:13, John 14:6 and others. These Bible verses convicted me and that evening with no one around for miles, I trusted the Lord Jesus Christ as my Saviour. Then and there I passed from death unto Life.

(1) A poem by John Oxenham in Isobel Kuhn’s book: By Searching 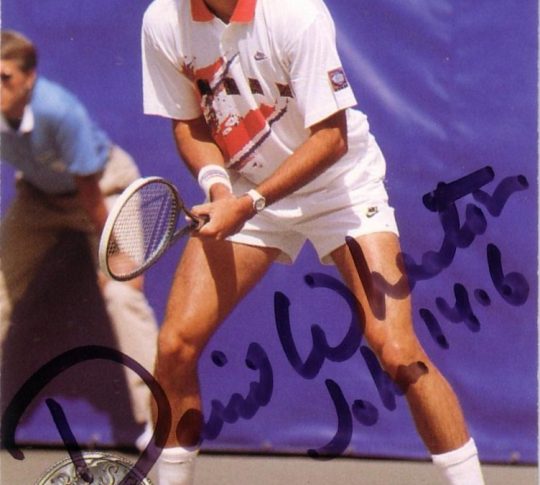 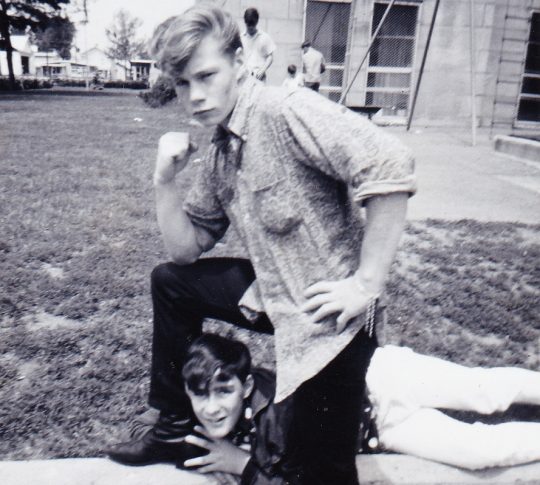