A 30 year old man climbed over the retaining wall and jumped into the rapids of Horseshoe Falls. Quickly the rushing currents carried him towards the 173 foot drop. Even if he wanted to, there could be no turning back. The 675,000 gallons of water that plunge over the falls every second hurdled him like a toothpick over the famous Falls.

Incredibly, the man resurfaced at the bottom in the fierce currents. He was conscious and swimming, despite a gash to his head. The force of the falls had torn off his clothes. Very few have ever survived such a fatal plunge. Clinging to a piece of driftwood, he was swimming 30 feet from the shore. Niagara Police Sgt. Chris Gallagher yelled for him to swim towards shore. The man refused. Letting go of the driftwood he headed in the opposite direction swimming between the ice chunks.

A helicopter flew low over the man and extended a pole but he did not cooperate. He wrestled a rescue sling from his arm and swam away. Despite the treacherous conditions of ice, high winds and waves the helicopter made another attempt. The pilot angled the chopper blades to create a wave that would push the man towards the shore.

Rescuers were racing against the clock. After 30 minutes in the icy waters the man was weakening but remained totally uncooperative. Firefighter Ted Brunning jumped into the river and pulled the perishing man 200 feet to shore.

He was rescued against his will. We conclude the man must not have been thinking right.

God sees more than just one person on a dangerous course. He sees people from every walk of life heading towards the same end. The path of sin does not have a good ending. Despite the well-announced warning of Hell ahead people swim on in the swirling current of their sins.

Everyone going to Heaven has a Rescue story – a moment when Christ the Saviour pulled them out of the turbulent rapids of sin. For you the current may be religion or pride. For others it may be drugs or sex. The point is – you need to be rescued from your sins. Do you have such a moment?

Are you thinking right? Some people value their pet sins more than being rescued. Do you understand that your sins are deadly and you will eventually perish if you resist or refuse God’s rescue? Are you cooperating with God or struggling to keep your distance from Him?

Tragically people push on in the path they choose and ignore God’s flashing lights. They dodge His barricades and efforts to stop them. Has something happened in your life that gave you God-thoughts or caused you to think about the after-life? Don’t brush those thoughts aside. That’s the equivalent of swimming in the opposite direction.

Are you avoiding the welcoming and saving arms of the Lord Jesus as He invites you to come to Him for salvation?

Jesus said He “came to seek and to save the lost.” Luke 19:10. He came “not to destroy men’s lives but to save them.” Luke 9:56. He came to rescue sinners and to give them an abundant life. John 10:10. He invites perishing sinners: “Come to me all who labour and are heavy laden and I will give you rest.” Matthew 11:28.

The looming precipice is not a mere 173 foot drop. Ahead for sinners who refuse the Saviour is Hell. Unlike the Niagara incident, there are no rescues once the plunge is taken. The time to be rescued from your sins is now – today. There is a point of no return.

Unlike the Niagara story, God rescues no one against their will. He takes no one to Heaven kicking and screaming. Kindly, He speaks to you through life circumstances and through His Word the Bible. He brings reminders across your path just like this. Through various means He urges you to trust Christ as your Rescuer. But in the end, the choice is yours.

Jesus promises: “Whoever comes to me I will never cast out.” John 6:37.

The Word of God promises: “Everyone who calls upon the Name of the Lord will be saved.” Romans 10:13 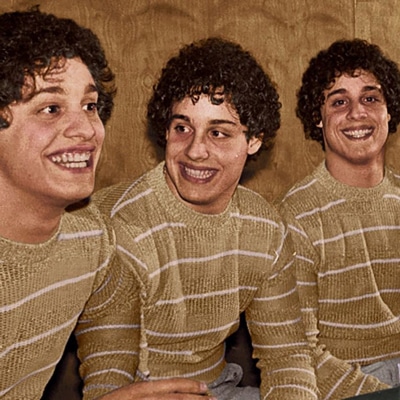