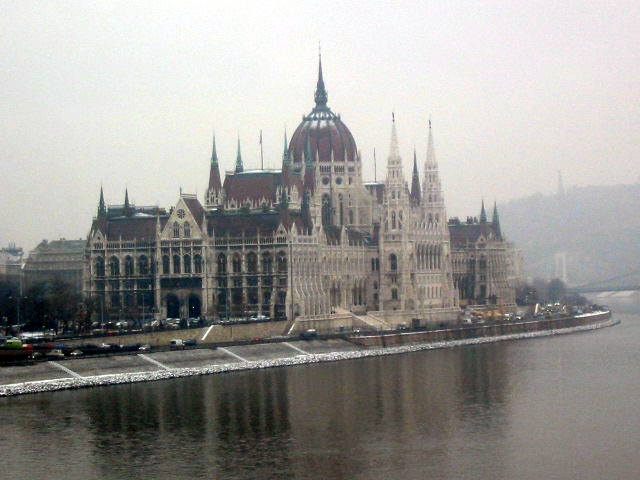 My story begins in Budapest, Hungary. I was born after the second world war. My parents were trying to piece their lives back together and raise four sons through the terrible 1940’s. It seemed the whole world fell apart and theirs too. They were trying to make sense of their lives, picking up the broken pieces that had been shattered by a horrific war and hardships. They had to move on and make the best of things.

My Father was a mechanical engineer and a head advisor with a major company in Budapest. He was a humble, intelligent man, who loved to grow fruit trees and keep honey bees as a hobby. As a result we always had lots to eat and had our own house. We even had a bathroom with running hot water!

Later in my childhood things had settled down some. In school we were taught socialist songs. We wore red handkerchiefs around our necks. Our textbooks were written by people whose gods were Karl Marx, Lenin, and Darwin. The heart of our science was that we came from monkeys and we were actively taught that the true God did not exist.

Many people tried to keep their faith by going to church on Sundays but there was a price for them to pay. They were persecuted and lost their jobs. The sermons changed and God’s Word was watered down; heaven and hell became nothing more than a fairy tale.

Through all of this, in our home, my parents maintained their reverential fear of God and continued to believe that He was the Creator of the world.  But sadness came into our home when I was just twelve. My dad died. The world had fallen apart again. This time the world was our home. Mom did her best trying to cope with the great changes in her life.

In my teen years I wasn’t much interested in spiritual things. I was too busy. I was working hard to get my education. And as a teen, I was desperately searching for acceptance, peace and happiness in all the wrong places.

My New Life in Canada

Very few people were granted visas to leave our communist country in those years but, at 21, I applied for a visa to visit my two brothers in Canada. It was nothing less than a miracle that I was given permission to leave Hungary for four months!

It was in Canada where I met Lloyd. After my father, he was the second most special man in my life. Soon we were married, and together we raised his three sons and also gave birth to a daughter and a son.

As the years slipped by, I became more aware that God was trying to get my attention. Through the circumstances of life and other situations I was becoming more conscious of my desperate need to find and to know God.

At one point, with emotions running high, I turned over a new leaf. I tried to start a new chapter in my life. I tried to feel God’s presence. I worked hard at doing good, going to church on Sundays, and teaching my children about God.

Even though I tried hard, my artificial peace did not last. My self-efforts failed to generate peace or give me comfort. When I heard what the Bible said about future events and the return of the Lord, fear gripped my soul. Deep down I knew I wasn’t prepared.

In my uneasiness and worry, I turned for help to a ‘religious’ man whom I thought represented God and His truth. His answer to me was alarming: “Oh, don’t worry about anything; just keep going the way you are, and everything is going to be alright.” That’s when I started reading my Hungarian Bible to find out for myself. I needed to know what God was really saying and what the truth really was!

The first thing that struck me as I read my Bible was this truth: ‘He knows me by my name.’ (Exodus 3) That shouldn’t have been a surprise to me because I had always believed God knew everything. But when I read it in the Bible it became very personal and real to me.

I continued to read my Bible but the more I read it, the more aware of my own sin I became. I felt the guilt of my sin. The Bible revealed to me my own sinful heart as God saw it. That’s when I started to ask myself why Jesus would ever suffer on the cross for a person like me. “What did You see in me to suffer such deep agony?”

My Little Girl Asks Me

One day my five year old daughter asked me: “Do I have the Holy Spirit in my heart?” Her probing little question just drove me deeper into my Bible. More than anything else, I want to give my little girl the right answers. I needed to search out the answers so I could be sure to give her the truth.

In the early 1980’s the Canadian economy nosedived into an economic depression. Jobs were scarce. In search of employment, my husband Lloyd and I decided to move back to New Brunswick. Jobs that were promising, didn’t last very long and we were struggling in many different ways.

Was it a coincidence that the house we rented in Riverview, NB was next door to genuine believers? Our new neighbors were authentic Christians – not just in name or by church only. They were kind, fun loving, and always ready to help people, but most of all they lived what they believed! Even though tried to convince myself that I was on my way to Heaven, I knew for sure that I did not have the ‘peace’ that Jim and Zonya Stuart had.

One day my little girl, who was now six, said to me: “Mommy, my teacher told me that we have to be born again to go to heaven. How can we go to heaven?” I told her all I knew. I told her that God’s Son, Jesus, came to earth to die for the sins of the whole world.

A few months later my little girl said:  “Mom, I asked you how I could go to Heaven, but you couldn’t tell me. I had to find out for myself.” Reading “Christ died for our sins” (1Corinthians 15:3) she discovered she had many sins, but Jesus died for them all!

At that point, a verse from the Bible became real to me. “Verily I say unto you, whosoever shall not receive the kingdom of God as a little child, he shall not enter therein.” Mark 10:15

Facing the Facts: A Crisis for Me

I was struggling and confused and very uneasy. My neighbor’s father, Vernon Markle was a missionary. He showed me some Bible verses on how I could be sure I was saved – a genuine Christian. That’s when I faced the fact that I was only a ‘professing’ Christian trying to live a good life. I had nothing real.  It was a crisis for me. I wanted to be saved more than anything else in the world.

On a Saturday morning, I picked up a little booklet: ‘God’s Way of Salvation’. Things became very clear to me. God created humans perfect, without any defects or flaws. Originally, we would never grow old, get sick or die. But sin came into the world by the disobedience of Adam and Eve and ever since sin has infected every human being.

When God looks down on earth what does He see? Jealousy, wars, hatred, etc. I saw myself being a part of that sinful world.

“God looked down from heaven upon the children of men, to see if there were any that did understand, that did seek God. Every one of them is gone back; they are altogether become filthy; there is none that doeth good, no, not one.”Psalm 53:2, 3.

Yes, God is a loving God. But He is also a holy and righteous God. Sin cannot enter His presence. So He has to punish sin in hell. But because of His grace and mercy, He sent his Son to pay the price for our sins.

“For there is one God and one mediator between God and men, the man Christ Jesus.” 1 Timothy 2:5.

That Saturday morning, for the first time in my life, I personally met, by faith, the Lord Jesus Christ. He was the only Person who could provide the peace for which I had been searching for so long. I can hardly describe the joy that followed or the weight that had been lifted off me. My sins had been forgiven and put away forever! Christ is my Lord.

“For God so loved the world that he gave His only begotten Son, that whosoever believeth in Him should not perish, but have everlasting life.” John 3:16

That’s my story of salvation but its sure not the end of my story. The next summer my 75 year old mom from Hungary visited us. I had the pleasure of telling her how I was born again and by reading Gods Word she too came to know the Saviour.

Eleven years later, my husband also became a Christian while he was reading Romans 10:9. “That if thou shalt confess with thy mouth the Lord Jesus, and shalt believe in thine heart that God hath raised Him from the dead thou shalt be saved.”

Together we watched our 23 year old son struggle with self righteousness. Yes he wanted to be saved more than anything else in the world, but he thought God should save him on his own terms. He gave up every bad habit that he could possibly think of, but yet, it still was not ‘enough’. Finally, he realized that the Lord Jesus did it all 2000 years ago. Jesus cried from the Cross: “It is finished.” John 19:30. He had to come to Christ by faith and not by works. He accepted salvation as a free gift and was thrilled over how simple it really is.

“For by grace are ye saved though faith; and not of yourselves. It is the gift of God. Not of works lest any man should boast.” Ephesians 2:8-9.

Before I end this story I want to tell you that, at 64, a sudden sickness struck my husband. The doctors had to tell him the shocking news that they couldn’t keep him alive. Only with hours left to live, with peace he told his doctor: “I am going home to heaven because Christ is my Saviour and He prepared a place for me”.  All that was left for my dear husband to do was to die. His eternal security was sealed by the Holy Spirit at the moment he was saved nine years before.

Well this is my story – our story of salvation. The peace, love, and real joy for which we had been searching for so long had been found in the Lord Jesus Christ, God’s Son. We don’t have religion. We have Him. What about you? What or who do you have?

“Therefore being justified by faith, we have peace with God through our Lord Jesus Christ.” Romans 5:1. 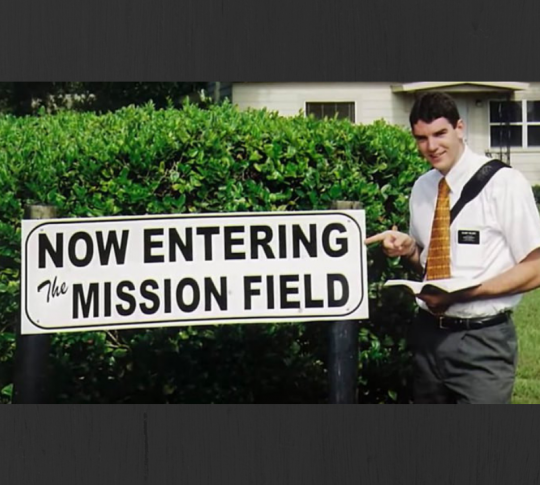