By Peter Ramsay On September 27, 2011
He was much younger then. The most of his life was still ahead of him. What was its appeal that caught his eye in the first place and caused him to take the second look? How many times did he pass by it and harbour deep secret desires towards it? How often did he plan to do it but then chickened out? Or was it a rashly impulsive, spur of the moment thing – where he saw it; looked around and with the “all clear” signal ringing in his ears, he took it? Could he actually carry out his mission, have it and live the rest of his life with the benefits of it? We may never know and he may never tell us all the details. All we know is – he did it. He now had the bronze statuette from the 18th century of the British General James Wolfe who is a part of Canadian history.

Fast forward now – 60 years later. An old man (his own words) day after day wondering how he can resolve the inner turmoil. How can he find peace and a way to soothe his conscience? How much did he enjoy his dark secret over the six decades? How much happiness did he genuinely derive from the stolen treasure? That which he loved became that which he hated – the object of his desire became the reminder of his guilt. Year after year – the guilt wouldn’t go away. Just like a nasty ulcer eating away at his insides, he couldn’t seem to shake it.

If he immersed himself in his job or surrounded himself with partying friends or flitted or sailed away to destinations each year – would that blot out the foolish deed? Volunteering and giving hard earned cash to charities – would that offset the wrong or erase the stain that soiled his character that fateful day?

Gnawing deep inside, tormenting his mind night after night – who can measure the cumulative effect of years of harbouring a secret crime of any size? And now with most of his years behind him he projects his thinking into the future. It’s one thing to live with unforgiven secrets but to die with them unforgiven? An unbearable thought if one thinks about it – but most don’t allow their minds to go there. Live for the moment is the motto of most. The future will take care of itself.

It’s highly unlikely that elephants or even other long-living beasts live their years with a deep inner turmoil over stolen food in their past or pointless destructive behaviour or cruel aggression towards perceived predators when they were younger. If humans seem to be uniquely different in their moral sense of right and wrong, it is because we are.

It was a Sunday in the month of May when he could cover-it up no longer. The old man sits at a keyboard and for the first time in his many years of living, he now translates his 60 year old secret into words and formulates a confession.  Even if it is anonymous, it will soothe his conscience a little. At least he will no longer have the thing around him to constantly remind him of his moral failure – his sin.

The note is typewritten – ever so carefully and truthfully – but not truth in its entirety; for to expose his identity a penalty could still be imposed by some unbending representative of the law. A properly sized grocery bag is found. The once cherished object that had since caused him so much grief and regret is carefully placed inside.

“Sir, do you really think that returning the statuette, anonymously or otherwise will remove your guilt?”

Did it take him some time to muster up sufficient courage to execute his conscience-soothing plan? Fourteen days after the note was written, a man appeared at the desk of the Lord Elgin Hotel in Ottawa (Ontario, Canada) claiming to have found the package in the washroom but when questioned he disappeared into the crowd in the lobby.

Whether the old man himself left it in the washroom of the hotel or presented himself as the stranger who found it there – we may never know. But finally, after so long a time, he no longer has the stolen object.  The Hotel will ensure the historic bronze statuette gets back to where it belongs among the nation’s cherished pieces of history.

Do you have anything in your life that haunts you from time to time? Perhaps it is not an illegal thing but immoral maybe. Not a crime listed in the Criminal Code of your country but definitely a ‘wrong’ that you know is on the record of your conscience and – yes, on God’s record.

Wait no longer. Today is the day for you to come to God with an acknowledgement of your sins and your guilt. Repentance toward God and faith in the Lord Jesus Christ as your personal Saviour is what is required by God. Simultaneous with this response from your heart will be the pronouncement from God: “FORGIVEN!” At that moment you will be saved and you will receive eternal life – a life that you can never lose.

If you would like to discuss this further email here. 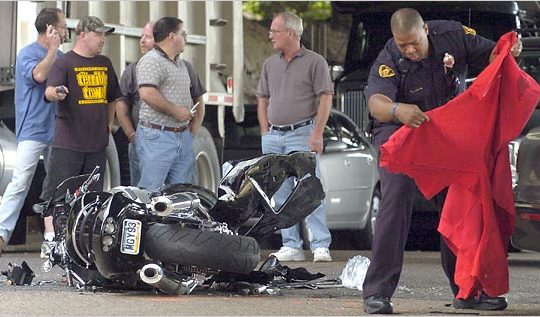