By Peter Ramsay On May 26, 2012
It was a childhood dream. Years earlier, her parents had taken her on a helicopter ride to Mount Everest. Born within her at the age of nine, was a life-long desire to reach the summit of the planet’s tallest peak. As an adult, the dream intensified and she began her preparations.
Preparing for the Expedition
Shriya Shah-Klorfine, 33 of Toronto, Ontario, in consultation with her expedition leaders in Nepal, prepared for her first attempt to reach the summit. For two years, carrying a heavy 20kg backpack she regularly ran and trudged 19 kilometers a day on trails and hills near her home.  She also took karate, cardiovascular exercises and rock climbing seriously, with her life-long goal in sight.
Shah-Klorfine not only invested time and effort in her training regimen; money had to be raised. She mortgaged her home to raise $100,000 for her expedition. Finally, the Spring of 2012 arrived and her dream was within reach.
Reaching the Summit
It must have been an exhilarating moment when Shah-Klorfine reached the summit. Only those who have accomplished such a feat would understand the emotions of such an achievement. But tragedy was soon to strike. It seems the mountain was crowded with climbers that day, causing delays in the dangerous region known as the ‘death zone’. The delay, coupled with a sudden storm and trouble with her oxygen tank, took its toll on the 33 year old Canadian climber.

Just 250 meters from Camp Four in her descent from the summit, Shah-Klorfine perished. After saying her last words “Save me” to her accompanying sherpas she died.  Our prayers go out to her husband, family and her close friends as they mourn her loss.
Shah-Klorfine last words headlined news stories around the world. “Save me.” Powerful and personal words said by someone who realized she wouldn’t make it unless someone else saved her. If anyone should have been able to save her, it should have been the experienced sherpas. But with no one near able to save her, she didn’t make it.
Spiritual Reflections
In a spiritual context, those same two words “Save me!” have great significance. Totally unrelated to the story above, but relevant to people on the spiritual journey of life, this cry for help makes the difference between perishing and being saved spiritually.
Tragically, many well-intentioned people think they can bring themselves to the Summit of the Universe – God Himself. They spend their lives adding up the positives in their life, hoping they outweigh the negatives. They factor in their religion and how devoted they are; their acts of charity; their deeds of kindness, etc. They also think of the dark things others do but they themselves have rarely, if ever, done. Connecting all the dots of their life together, their life seems to be pointing upwards and they are hopeful of reaching the summit.
Expedition of Life Seriously Compromised
The reality is no one can successfully reach the summit. Sin has disqualified and fundamentally compromised the ability of anyone on earth to be accepted by God based on their own ability or their own record. Although religions and churches may teach otherwise, be clear on this: God’s Word is unmistakeably clear. All have sinned and all, without exception, fall below God’s standard of righteousness. No one is able to make it on their own. (Romans 3:23)
Danger of Lingering in the Death Zone
Have you realized that spiritually you are perishing because of your sins? Romans 6:23 says: “The wages of sin is death.” If you linger too long in your sins in the ‘death zone’, you will irrecoverably perish.  Accepting this truth from the Bible, should cause you to call out to the Lord: “Save me!”
If there is no way for you to safely reach God and to be accepted by Him, then your immediate priority should be salvation. “If that’s the reality, then I need to be saved. Lord, save me!”
Rescuer Can Save You
Many stories where people called out for a physical salvation end very sadly. Often no one is near to save. Other times those near are unable to save. Occasionally some are near and are able but have no desire to save. But, spiritually, there is no reason why your story should ever have a tragic ending. Not only is the Lord near to save you from your sins and from going to a lost Hell,  He wants to save you; and better still, He is able.

When we were utterly helpless,
Christ came at just the right time and died for us sinners.
Romans 5:6 NLT

Rescuer Wants to Save You
The desire to save you was expressed when Jesus voluntarily died for sins on the Cross. Could He have expressed His desire and love for you in stronger terms than by making the ultimate sacrifice?

Perhaps you have been in difficulty in life and you have prayed: “Lord, help me!” But will you, this very day, call on the Lord? “Lord, save me from my sins and from Hell!” What other options do you have for eternity?
Three times it is repeated in the Bible: “Whoever calls on the name of the Lord shall be saved.” Romans 10:13 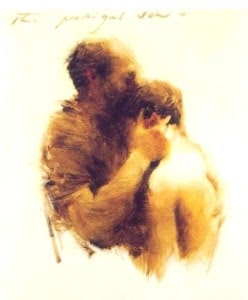 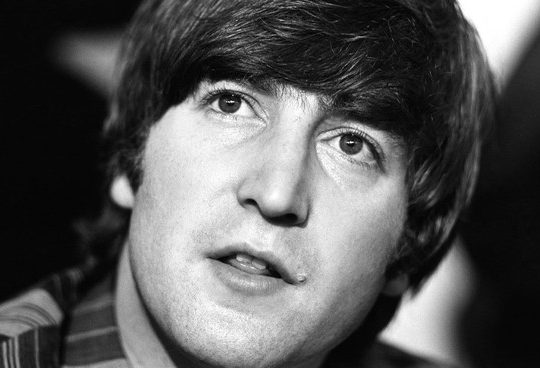