Dr. Allan Ronald’s research has resulted in pivotal, ground-breaking findings unlocking some of the major mysteries surrounding the transmission and spread of HIV/AIDS.

In addition to the above, this website would like to list a number of other outstanding accomplishments we noted in our online research of Dr. Ronald:

Born in Manitoba, Canada in 1938, Dr. Allan Ronald’s interest in science and medicine continues. He has not only been a leader unlocking some of the major mysteries related to the transmission and spread of HIV/AIDS – he has been a humanitarian, devoting decades of research and practise to the continent of Africa.

With 85+ visits to Africa behind him, Dr. Ronald recently spent four weeks in Uganda actively caring for patients and completing research projects. He wrote of “too much tragic poverty, illness and HIV deaths despite access to antiretroviral treatment. We must do better.”

As already mentioned, we conducted our own online search to produce the list above. With such an extraordinarily impressive array of credentials, this website was interested in probing the medical scientist’s perspective on faith. We wanted to know if, from his perspective, reason and faith were mutually exclusive. Does he believe that science requires the denial of belief in God? How did his scientific background, spanning five decades, shape his views about faith and a belief in a Supreme Being called God?

So, with these questions in mind we wrote Dr. Ronald and he graciously replied:

I am an aging physician scientist with faith in Christ – a faith which has lasted alongside my research efforts for the past 50 years. What can I learn from a retrospective look at my journey?

I became excited about science as a medical student. There was so much we didn’t and still don’t know about human health and illness. The ‘need to know’ drove me to further study after receiving my medical degree at Canada’s University of Manitoba. I trained for six years in Baltimore (University of Maryland) and Seattle (University of Washington). I returned to Winnipeg to pursue a career combining a search for new knowledge with practice as a microbiologist and an infectious disease physician.

I never cease to be amazed, as a Christian physician scientist educator, at the opportunity to make a difference for individuals.

As a physician, I have the privilege of responding to their health concerns, making an exact diagnosis whenever possible, and sometimes curing their illness.

As an educator, my students are encouraged to become the best they can be as empathetic caregivers.

As a Christian, I have the assurance of a God who loves me and who I can know personally. I have a world view that, for me, fits with observation and experience that I’m pleased to share and I have a confidence in life eternal.

As a scientist, I have the opportunity to add ‘my bit’ to the science of medicine through painstaking observation and well carried out clinical trials.

When we asked Dr. Ronald about his faith and his personal experience, he shared these insights:

My initial [and early] experience of faith rested appropriately within the context of family and a local Christian church assembly.

University was a stress test. God sent the Anglican evangelist John Stott on a mission to the University of Manitoba in 1957. Listening to a full week of his apologetics and the story of his own faith journey, confirmed what I believed and had been taught. Time spent with Scripture, as well as writers particularly CS Lewis and JI Packer provided a substantial foundation. Also wonderful friends travelling the same path from wondering to confidence in a God whom I could know and worship, was important and continues till today.

Many personal experiences also reflect God’s presence at work in my life and His persistent patience despite my own waywardness and deceitful heart – no need to exaggerate.

The Wonder of God

Dr. Ronald loves to share not only his scientific knowledge about medicine but also his knowledge of the one true God. He says: “I am continually grateful for God’s amazing desire to reconcile with His creatures and provide a way back through His incarnation, His death as my sacrifice, confirmed by His resurrection, to enable God to justly forgive my transgressions.”

In addition to the spiritual joy he has experienced over the decades, Dr. Ronald adds: “The joy that results from a wonderful wife and family and the undeserved recognition for the science and leadership I was privileged to be part of has always surprised me and led to much thankfulness – almost on a daily basis.”

Science and Its Place

Regarding science itself, he says this:

The process of scientific inquiry has an amazing capacity to learn more about our human biology, our

illnesses and possible remedies. But it also has limitations which I’ve learned from sad experience.

To quote CS Lewis in The Weight of Glory:
“If a transtemporal, transfinite good is our real destiny, then any other good on which our desire fixes must be in some degree fallacious. Trapped in time, the things we love if loved too much “turn into dumb idols, breaking the hearts of their worshipers.”

Science can easily become an idol; and too often I’ve worshipped at this altar.

Science doesn’t itself make you a better person. In fact, it has caused me to be full of pride, and often made me hypercritical and egotistical. It doesn’t strengthen relationships or make one a better husband or father. And despite the amazing observations that can point to a Creator and a design, it can also interpret the world without reference to anything outside science.

Reflecting on his accomplishments in life (and they have been many) Dr. Ronald went on to say:

Of far greater significance has been the opportunity to witness God work in the lives of others. With two other couples, we planted a church fellowship in 1978 with the primary desire to see adults won for the Lord and become serious Christ followers. He has allowed this to happen and I’m reminded continually of the miracle of conversion and transformation that goes beyond anything that I’ve learned about human behaviour from psychiatry or psychology. And in Nairobi and Kampala over the past 34 years where much of my research has taken place, we’ve seen again the amazing work of God as He, through the Holy Spirit, changes humans into the image of His Son.

So in retrospect, God transcends our Universe. My priority is to recognize this and worship Him.

Your Consideration of God
What place does God occupy in your life? Have you experienced Him and the joy that comes from knowing your sins are forgiven and having a peaceful relationship with the Creator God through Christ Jesus the Lord?

What questions do you have? Do you have the joy in your life of which Dr. Ronald speaks? For an email conversation click here. 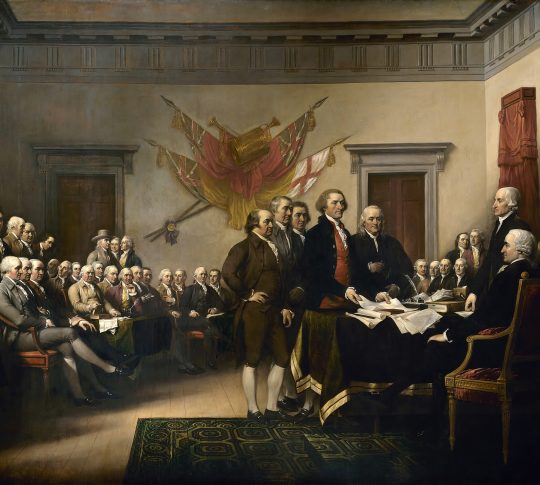 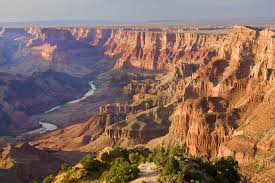