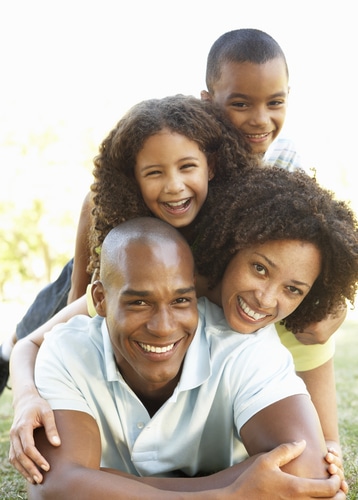 “Manoah dear, this is an awesome day! I just found out that we’re going to have a baby. In fact, I can be more specific: without even having an ultrasound test done, I know it’s going to be a boy! A man of God met me today and gave me the news. What an angel he was but guess what? I never even asked the man his name or where he lived so we could keep in touch. He just told me a boy-for-God was on the way!”

Maybe you are reading this and you’re expecting a child. Or maybe the exciting news of pregnancy is now a memory. But on your mind today is – where’s the manual to raise this boy? Where’s the troubleshooting chapter to help me figure out this girl?

Manoah and his wife’s story can be found in Judges 13. When his wife broke the news to him, all Manoah could think of was – “Okay, we need to download the instruction manual for raising this boy. We need to listen to a step-by-step podcast series to make sure we do everything we possibly can do to raise this child for God. This is no small matter that God is entrusting us with a child.”

Then Manoah prayed to the LORD and said,
“O Lord, please let the man of God whom You sent come again to us
and teach us what we are to do with the child who will be born.”
And God listened to the voice of Manoah, and the angel of God came again ….
And Manoah arose and went after his wife and came to the man and said to him,
“Are you the man who spoke to this woman?”
And he said, “I am.”
And Manoah said, “Now when your words come true,
what is to be the child’s manner of life, and what is his mission?”
Judges 13:8-12

The boy was born. Yes, you guessed it right – Samson! No, he didn’t do everything that pleased his parents. Often he made selfish decisions. He sure wasn’t the perfect son. Read his story. His parents had lots of worries and tears over the choices Samson made.

But here’s the question: were they, as parents, in the clear? Had they done everything they could to raise their child for God? In those critical years between the crib and courting days, had they prayerfully and cautiously raised their son in the fear of the Lord? Did they carefully manage the years he lived under their roof, in view of the mission God had in mind for Samson as he became an adult?

You might be tempted to say: “But it’s not fair to make my child do that or go there or dress modestly or spend the weekend there. She or he’s not even saved yet.”

Apart from the Lord Jesus, no child yet has turned out perfect. But as parents, our responsibility is to raise our children as if they are going to be saved and live fully for the Lord all the days of their life. Only then can we have a clear conscience that we have done all we could.

Walk carefully and closely with the Lord today.
Warmly in Christ,
Peter Ramsay

When Doubts Invade Our Mind

Important Bases to Cover BEFORE Marriage.