“Well, I don’t see what’s wrong with it. It’s a very common business practice all around us. Standard procedure – more or less!”

It’s true we may not see any harm in something – but does that mean it’s right? Much of the wrong that goes on in society is committed by people who think it’s okay to do.

When you find out something you are doing is not right, how do you react to correction?

Follow this Old Testament story. Times were tough in . Taxes were high; crop yields were down and the cost of living was up. The situation was bleak. It became a matter of raw survival for many. But like always, some still managed to grow richer while others sank deeper into poverty. The poor became prey to the rich.

Meanwhile their poorer relatives were starving and selling their own children to survive. They just couldn’t keep up with the deteriorating conditions made worse by the compounding interest on their survival loans.

When Governor Nehemiah arrived from , he was appalled at what he saw. How could these rich relatives ever think that it was ‘okay’ to engage in these business practices at the expense of their own people who were languishing in dire poverty?

Nehemiah called a public meeting of all the well-to-do elites. Where they all parked their glistening chariots we don’t know but to their credit, they all showed up to hear his ministry. The thrust of his message went something like this: “We’re here trying to free our Jewish brethren from the bondage of neighboring pagan states while you are forcing the same poor people into your own slavery. What you are doing is a horrible testimony to the world around us. They must be laughing at what’s going on among us. How dishonoring to God for you to be violating His holy laws about charging interest.”

Here’s a sound-bite of Nehemiah’s corrective ministry to his people:

So I said, “The thing that you are doing is not good.

Ought you not to walk in the fear of our God to prevent the taunts of the nations our enemies?

Let us abandon this exacting of interest.

Return to them this very day their fields, their vineyards, their olive orchards, and their houses,

and the percentage of money, grain, wine, and oil that you have been exacting from them.”

“We will restore these and require nothing from them. We will do as you say.”

The ministry worked. The wealthy offenders didn’t dig in their heels and attempt to justify what they were doing. Once their wrong was brought to their attention, they immediately – yes, right at the public meeting they decided to make the big change. They didn’t make a tentative commitment, pending a consultation with their accountants, or their lawyers nor did they request a 2nd opinion from a respected expert in the laws of God.

Humbly they repented without delay and agreed to do what was right and what pleased God. In fact, at the end of the session these wealthy people gave a resounding endorsement by shouting, “Amen, praise the Lord.”

The effectiveness of corrective ministry is determined by:

Nehemiah had credibility and there was no question that he wanted to honor the Lord and to see all his people blessed.

When someone brings to my attention something I am doing that conflicts with Biblical teaching and godly living, how do I respond?

Give Me Position and Power 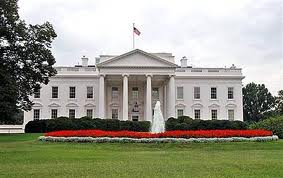