My name is Peggy O’Neill, and this is the story of my conversion to Christ at age 70, after practicing as a nun in the Catholic Church for 50 years. I write this in the hope that it will help others come to an understanding of the true gospel of salvation. 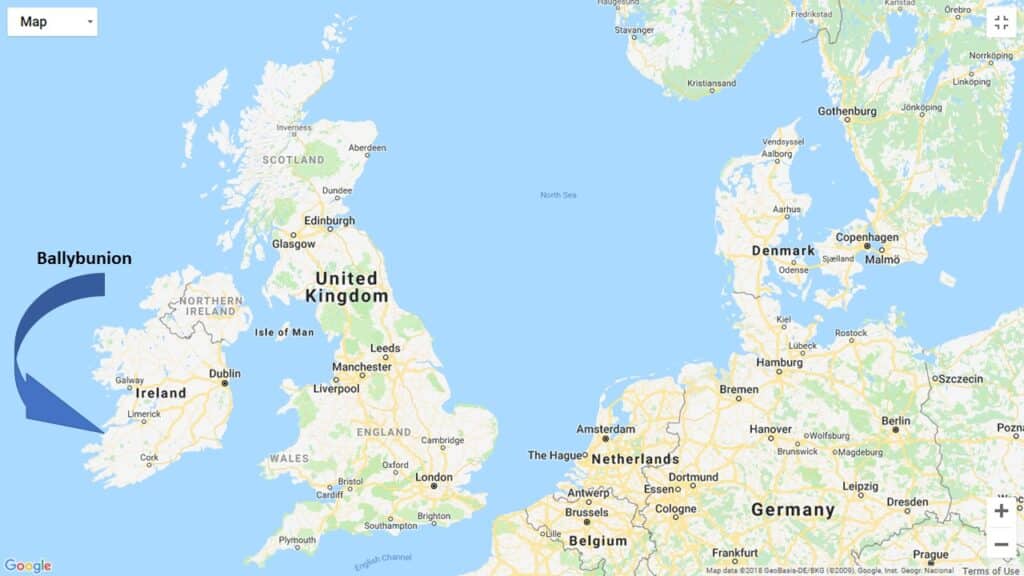 In 1921, I was born in Ballybunion, Co. Kerry, the town where the River Shannon meets the sea. My parents and all our neighbours were staunch practicing Catholics, faithful to all the precepts of the Church. The family rosary was an important daily devotion. The trimmings of the rosary included the Litany of the blessed Virgin, where Mary was invoked under a number of titles—Mystical Rose, Tower of Ivory, Ark of the Covenant, Gate of Heaven—to name but a few. In my home, I was surrounded by religion and Catholic culture in the form of statues, pictures of Mary and the “saints,” holy water, scapulars, medals and relics. The lamp was always lit beside the picture of the family consecration to the sacred heart.

Statue of St. Teresa of Lisieux

At school, I was well-grounded in Catholic doctrine. I learned about the Mass, the Sacraments, the Ten Commandments, and what was forbidden and commanded by each commandment. To my surprise, I found I had only learned about nine commandments. The second one, which forbids us to make statues, was left out! In my parish church were some beautiful statues, and on Sundays after Mass, I used to light a candle before the statue of St. Teresa of Lisieux, and then I knelt down and prayed to her.

Later, I went to the local convent school where many teachers were nuns. I grew up with the idea that nuns were very special people before God, and their kind of life was the highest calling for any woman.

LIFE AS A NUN

At the age of seventeen, I said goodbye to my father and mother, my two sisters and seven brothers, and entered the convent. The first seven years were spent in the south of France, in Beziers, a town whose name has made its way into Church history, not too far from Lourdes.

The order I entered was dedicated to education. After college training, I worked as a schoolteacher in England for thirty-five years. Side by side with my teaching was my religious life. Before and after school, there were long periods given to prayer and religious exercises, and I attended Mass every morning in the convent chapel.

During my fifty years as a nun, regardless of the inevitable ups and downs of life, I was very happy—happy to believe that I was following what I then thought was my God-given vocation. The vows of poverty, chastity, and obedience that I had made were meant to be perpetual and final. 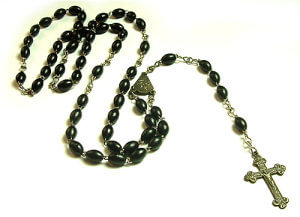 All of this changed in 1989 when I saw my nephew had an interest in the Bible. He told me that he had left the Catholic Church! From early childhood, we were told that the Catholic Church was the one true church outside of which there was no salvation. Why then should my nephew—or anyone else—leave it? I loved the Catholic Church, and everything about it, and implicitly believed all its teachings, never once doubting or questioning any of them. For me, the Catholic religion was the only true religion in the world.

But now, for the first time, I began to examine the faith into which I had been born. I soon found that some things I believed were nowhere in the Bible. Not only were there additions, but also some Catholic doctrines even contradicted the Bible. Proverbs 30:6 condemns as a potential liar anyone who would add to God’s Word: “Do not add to His words, lest He rebuke you, and you be found a liar.” To any who would contradict it, Romans 3:4 says: “Let God be true but every man a liar.” Could this include the pope?

Pope Benedict XVI Hears a Sermon from His Pastor

As time went on, I came to realize that the Catholic Church had a false gospel—one that is the exact opposite of the gospel revealed in the Bible. The gospel is the basic, most important doctrine in the Bible, for in it God makes known the only way of salvation. Today there are thousands of false religions in the world and every religion (including Catholicism) has devised a different gospel. A church stands or falls by the gospel it preaches, and at the age of 70, I had no option but to leave the Catholic Church, which for so long I had greatly trusted.

God’s plan was to send a Saviour, Jesus Christ, and through Christ’s finished work at Calvary, God could offer salvation as a free gift to the whole world. The Roman Catholic plan of salvation is that God sent a saviour, but the salvation He brought was not complete, nor is it offered as a gift to us. Added to the work of Jesus must be what we do to save ourselves. 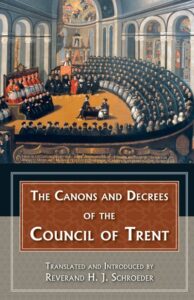 The difference between the true gospel and the gospel of Rome is shown by comparing Scripture with the written decrees of the Council of Trent, which was held by the Catholic Church over five hundred years ago, and has not changed to this day.

As a Catholic, I knew that Jesus was God who came to earth both as God and man to save us. I knew many facts about Jesus from reading the four Gospels, and thirteen of the fifteen mysteries of the Rosary gave a daily reminder of the major events in His life. I knew Jesus as a person, but I did not know Him as Saviour. I did not know the atoning and saving work He accomplished on my behalf.

The Jesus I knew was a Saviour who left me to struggle all my life, trying to save myself by keeping the Commandments, Sacraments, prayers and penance. The more I did, or so I was taught, the better chance I had of going to heaven. I was, in fact, trying to do what Jesus had already done for me, hoping that in the end (with Mary’s help and that of the Church) I would be good enough to make it. I did not know that the Bible tells us:

Not by works of righteousness which we have done, but according to His mercy He saved us, through the washing of regeneration and renewing of the Holy Spirit (Titus 3:5).

All our good works fall short of God’s standard.

But we are all like an unclean thing, and all our righteousnesses are like filthy rags. (Isaiah 64:6).

God’s standard is perfection; God’s standard is Jesus Christ. For us to meet God’s standard by our own working is humanly impossible, but the good news of the gospel is this: what God requires, God has provided. On the cross, our sins were put to the account of Jesus, and His perfection was put to our account—His righteousness in exchange for our sins. At the moment we believe this awesome truth, God no longer sees our sin; He sees us clothed in the righteousness of God. At that moment we are also saved with a salvation we can never lose. 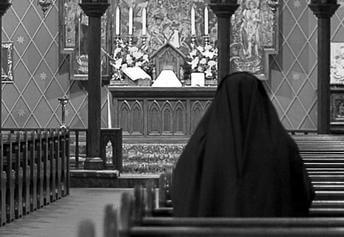 After 50 years of serving as a nun in the Catholic Church, I came to this profound realization, and put my whole faith and trust in the saving work of Christ. For me, there is only one Saviour and one Mediator, the Lord Jesus Christ.

For there is one God and one mediator between God and mankind, the man Christ Jesus… 1Timothy 2:5

I thank God my Father who loved me so much that He sent His only beloved Son, Jesus, to save me. I thank Him, my dear Redeemer, who even now is interceding for me as my High Priest, and who will soon return to take me home to heaven for all eternity.

If you want to know complete forgiveness, you must abandon all other means and mediators, and put your trust in Christ alone. When you do that, He will give you a peace and joy that this world does not know. Your life will have new meaning and new direction. And by the power of the Holy Spirit, you will be able to live a godly life.

For God so loved the world that He gave His only begotten Son, that whoever believes in Him should not perish but have everlasting life. For God did not send His Son into the world to condemn the world, but that the world through Him might be saved. John 3:16-17

Nor is there salvation in any other, for there is no other name under heaven given among men by which we must be saved” Acts 4:12

Editor’s Notes: Since Peggy O’Neill trusted Christ as her personal Saviour, she has come to appreciate her Bible and after so many years – she has learned important truths from the Holy Scriptures. If you are interested in reading what she has learned from her Bible and how it lines up with Roman Catholic church doctrine and teaching, click here.

Peggy O’Neill’s Personal Testimony in tract-form for distribution, as written above, is available through Gospel Folio Press. 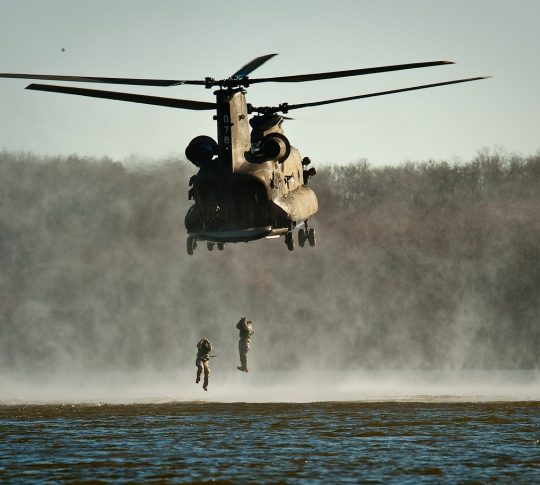 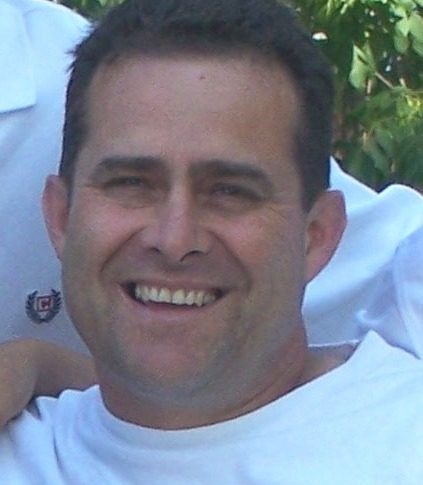