A Vessel Needing No Mending or Molding

And the vessel that he made of clay was marred in the hand of the potter: so, he made it again another vessel, as seemed good to the potter to make it.  Jeremiah 18:4 KJV

But the vessel that he was making of clay was spoiled in the hand of the potter; so he remade it into another vessel, as it pleased the potter to make. Jeremiah 18:4 NASB

On one of Jeremiah’s journeys, he was instructed to go to the Potter’s House. There, a lesson was impressed upon him by the visual display of the potter working with the clay. The vessel was marred and had to be mended and molded once again by the hand of the potter.

The lesson had to do with the nation of Israel. Due to its own stubbornness and sin, Israel was a marred vessel. The primary interpretation of the passage has to do with the nation of Israel. The lesson was not only a reminder of Israel’s failure, but a promise of her future: repentance would lead to restoration and usefulness once again. The following chapter would tell of vessels that were broken and useless. But in this chapter, the door of recovery is open.

While Israel is in view primarily, few of us would debate the fact that we, as vessels for His pleasure have known our share of marring

and mending cycles. Where would we be without the Potter and His skillful and patient ways with us?

But there was one Vessel who never needed to be molded or mended; He was never marred. He displayed no resistance in the hand of His Father. His delight was to do His will. Submission marked Him in His every step. He spoke the Words of His Father; He never needed to regret a word or to apologize. He was always in harmony with His Father’s will and timing and was never interrupted in His daily life to be redirected to the work He was sent to do.

Every other servant who has moved for God in this world has known, at the least, molding. The majority have known some mending in their pathway. Some have been marred and made into totally new vessels. But One and only One was, from first to last, a golden vessel, a vessel unto honor, Who knew no molding, marring, or mending in the hand of the Potter. 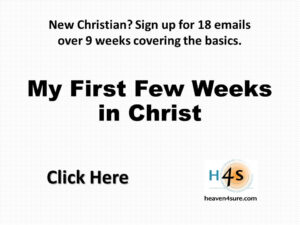