Nehushtan – It Has to Go Too!

Did you ever have something you didn’t want to let go because of the memories attached to it? Obviously, there is nothing wrong with a keepsake. But occasionally there could be something not-so-good in my life, to which I secretly cling because of a memory; and, also because there’s a slight chance I might go down that road again. It could be something hidden in a secret location or something saved on my computer or in my contact list. It may not even be something physical or digital; it could be as powerful as a mental image or memory that you secretly cherish and dig out from time to time when you feel like being less than ‘good’.

You could be clinging to something you really enjoyed before you were saved. You are reluctant to give it up. Deep down you know it really has no place in your life if you are going to please the Lord. You also know it could be a temptation if you think long enough about it.

Do you have some housecleaning to do in your life?

Hezekiah, the new king of Judah, went on a house or kingdom-cleaning spree. He tried to remove everything that could be a spiritual 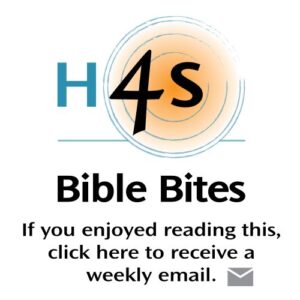 detriment to his people.  Idols, altars, and symbols were hauled-off to the dump – everything negative that had crept into their lives. It was unbelievable that God’s people had allowed so many tragic things into their lives, causing them to stray even further from God.

It might be surprising to you as you read through the Old Testament to eventually come across something you thought had long since vanished. The first time I noticed it, I was shocked.

“But King Hezekiah, you aren’t going to break that into smithereens too are you? It has a rich history. It is of great archaeological value and it is a piece of our past. We have kept that brass serpent with us for centuries – ever since Moses put it on a pole and the people were healed from their snake bites. And that wasn’t yesterday. We respect it deeply. We were so excited to finally honour it with a name – Nehushtan. In fact, we have been making sacrifices to it.”

“He removed the high places and broke the pillars and cut down the Asherah. And he broke in pieces the bronze serpent that Moses had made, for until those days the people of Israel had made offerings to it; (it was called Nehushtan).” 2Kings 18:4

“No, it must go! Smash it and get rid of it. Don’t even keep a fragment of it. What was once a legitimate thing and used of God, has been abused by our wicked hearts and it has displaced God Himself. God alone is to have first place in our lives and to be worshipped. This has become an idol – which is a blatant sin. If we are ever going to expect God’s blessings, we must clean house and honour Him – even if it means getting rid of things we have been holding on to for ages.”

Is there anything in my life that is not helping me spiritually? I need to deal with it today and get it out of my life and get on with living for the Lord.

Enthusiasm in the Heart

Just Mourners, Memories and a Coffin at the Cemetery

How Seriously Are You Taking It?