Both of Esther’s parents had died. An older cousin (Esther 2:7), Mordecai, stepped in and assumed responsibility for her. He had been taken captive from Jerusalem and was now living in Persia with little Esther. It was a heathen country and Mordecai’s God was not respected or honoured in that land.

As Esther matured, the Shushan palace officials selected her to join other young peers who may be favoured by the King. Eventually, one of the women would be selected to be the new Queen.

Mordecai made it his daily business to check in on Esther to see how she was getting along.

And every day Mordecai paced in front of the court of the women’s quarters, to learn of Esther’s welfare and what was happening to her. Esther 2:11

Now that’s commitment! He checked in on her every day! He made it his business to ensure she was safe and doing well.

“Mordecai – please give me some space. Don’t smother me. You’re always hovering – breathing down my neck!  The protective bubble days are over. I’m an adult now. Let me go. I’ll manage with my peers just fine. It’s time for me to spread my wings – let me fly on my own.”

No, there’s no indication that Esther ever responded like that. She was a spiritually-minded young woman and the purpose of her life was to honour God and His people. She valued every bit of advice Mordecai gave her. She knew it was for her good and for God’s glory. The checks and balances were a preservative for her.

Daniel had an accountability circle when he was in Babylon – three other God-fearing friends. The Apostle Paul checked in on Timothy from time to time. 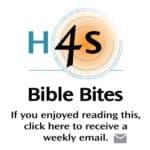 It’s a very unhealthy sign when a Christian resents someone calling them to see how they are doing. It’s a very scary signal when a young person wants to become more ‘anonymous’ by moving away to distance himself from other Christians. Sometimes shepherd-like Christians try to connect with the believer, but the response is always vague.  “I’m not sure – I’ll be in touch.”  Trouble may be brewing.

On the other hand, a self-appointed mentor isn’t the answer. I don’t personally ‘assign’ myself to be a person’s mentor. Someone becomes a mentor only after having earned someone’s trust and having established a ‘real’ relationship.

People can quickly discern who is just plain nosey or looking for ‘place’- versus someone who really does have a concern and love for their well-being. If you connect with the person (and you may not), then that believer would probably love to have you involved in their life, taking an interest in their struggles, choices and their future.

If you don’t already have a spiritual mentor, talk to someone you respect. Ask them if they would watch out for you; give them permission to check-up on you. In a local assembly of believers, one of the roles of an overseer is “to watch for your souls, as they that must give an account, that they may do it with joy and not with grief: for that is unprofitable to you.“ (Hebrews 13:17)

And, if someone ever trusts you and honours you by asking you to watch out for them, may the Lord give you the burden of heart to do it with the faithfulness, consistency and love of a Mordecai.

Hung Up and Strung Out Over Trivia

You and Your Boat

More Important Than Being The Mother of Jesus