The Sting of Death – Something Worse than Mosquitoes

For some of us, mosquitoes are just pesky creatures with a high pitch wing-flapping annoying buzz that may bite us and cause a temporary itch. But for millions, a mosquito is the sting of death. It is known as the deadliest human predator. The Bible also mentions the ‘sting of death’ – but the mosquito is not the culprit.

In 2018, 830,000 died from a mosquito bite. That was a low figure given an average of two million deaths annually over the last century. Spreading diseases such as malaria, dengue, West Nile, yellow fever, Zika, chikungunya, and lymphatic filariasis, the mosquito kills more people than any other creature in the world. 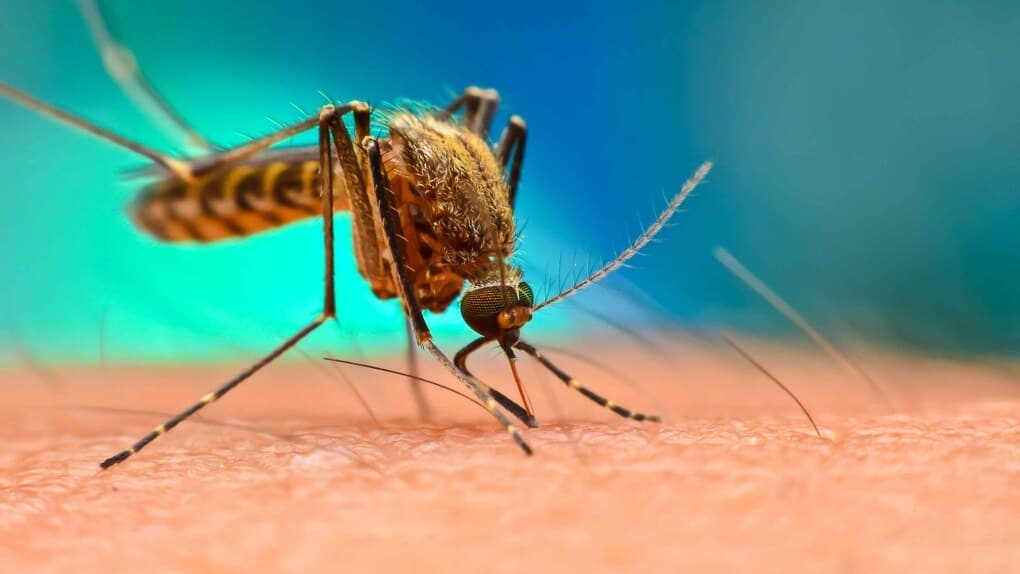 So, there is a good reason why billions of dollars globally are going into research and on-the-ground-efforts to mitigate the sting of death.

In 2018, Bill Gates pledged $1 Billion to help eradicate mosquito-borne malaria. The Bill and Melinda Gates Foundation have specifically donated $4.1 million to Oxidec – the engineering firm trying to develop a mosquito that will eventually be able to reduce 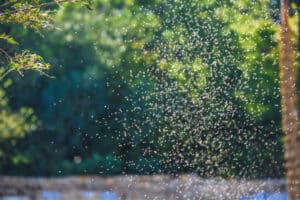 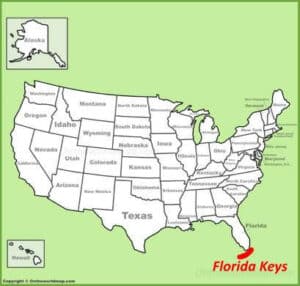 This controversial project has been given the approval to move ahead in Florida. The plan is to release 750 million genetically modified mosquitoes in 2021-2022. Where in the sunshine state? The Florida Keys.

The mosquito, named 0X5034, has been genetically altered to produce female offspring that will die in the larval stage. Only the female mosquito bites for blood. But in this batch of 750 million mosquitoes, no female larva will ever hatch to bite a person and spread a disease. Researchers and investors are hoping that 0X5034 mosquitoes will offer hope to regions of the world where mosquitoes are the most feared creature.

Google Goes After Mosquitoes in California 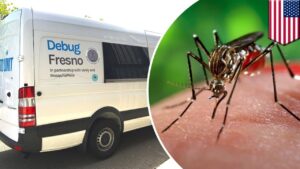 Other big names are involved in tackling the sting of death. Google (Alphabet) has an entire workforce dedicated to growing mosquitoes and releasing them into the wild in three different parts of California. Rather than genetically modifying these little beasts, they are infecting the males with bacteria that make them sterile – so they can’t reproduce baby biters. Last year, the company released 14.4 million mosquitoes in Fresno County, California. The project seems to be successful.

Yes, hundreds of thousands of adults and children die from mosquito-spread malaria every year. Many thousands more suffer from Dengue Fever – not to mention the Zika virus, etc. Without downplaying the gravity of the mosquito situation – there’s something far more urgent and of a different magnitude altogether.

Sting of Death Mentioned in the Bible

Unrelated to mosquitoes, the Bible refers to ‘the sting of death’. In spiritual terms, the greatest of all scourges ever experienced in human history has an identifiable source.

Specifically, the phrase ‘sting of death’ is found in the New Testament: 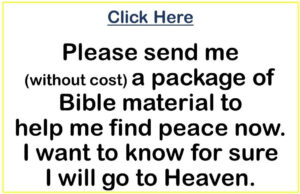 The virus rages in every region of the world – not just in the very hot and humid parts of the earth. There is not one society or ethnicity or race that has avoided the sting of death or has been able to avoid its ravages or escape its reaches. Even those who have withdrawn from the ‘evil’ influences of society by cloistered seclusion – have still experienced the sting of death which is sin.

Have you been able to put a label on those inner impulses you experience but choose to keep private? Have you tagged anything as ‘sin’ in your life? Some are afraid to go there. No one is particularly eager to self-identify as a sinner. But honest people know, deep-down – the crux of the problem is – sinners sin.

Regarding sin, the Bible says: 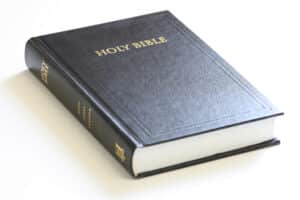 Whether the metaphor is ‘the sting of death’ or ‘wages’ – the teaching is clear – sin is an incredibly serious matter with God.

The thought of death isn’t just a coffin, a funeral, and a cemetery. When loved ones die, the relationship is broken, and separation occurs. But in the context of God (not loved ones) – sin separates us from the eternal God. Could there be anything worse?

The Bible tells us that in our sins we are dead to God. Alive to our own interests and pleasures and the world around us but a zero pulse towards God. Dead in trespasses and in sins. (Ephesians 2:1)

No amount of dollars from the greatest philanthropists on earth could ever ameliorate or eradicate the ‘sting of death which is sin’.

Sin came into the world through one man [Adam], and death through sin, and so death spread to all men [people] because all sinned. Romans 5:12

The pages of history are stained with the dark evidence that sin has been the worst virus to ever afflict the human family. Every era has the glaring public examples of heinous sins and crimes – not to mention the non-publicized ones committed by individuals like you and me.

When it comes to sin – none of us are asymptomatic. We live with the symptoms every day. But many are in denial and choose not to take action. 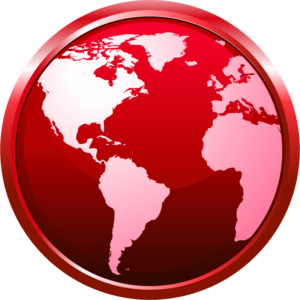 If I had a Billion Dollars

If I had millions or billions, I would love to invest it in saturating Planet Earth with good news. Not who to vote for or what judge to appoint or what laws to enact or what programs to implement. I would love to have billions to spend on continuing to get the good news of Jesus Christ to every person on earth – all of whom are plagued by the ‘sting of death’.

The very chapter in the Bible that mentions the ‘sting of death’ also shines the spotlight on Jesus Christ and His victory over sin and death. He is the only answer for you if you are ever going to escape the eternal consequences of your sin.

Because of the resurrection of Jesus Christ – physical death does not spell disaster for the Christian. In Christ, a Christian looks forward to a bright eternal future with the Lord. Listen to the triumphant words Christians will be able to say when they are raised to be with the Lord forever: 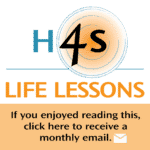 God, who gives us the victory through our Lord Jesus Christ. 1Corinthians 15:55-57

Those who die outside of Christ, have no such future. Physical death for them is the gateway to eternal darkness to be consciously separated from God forever – also known as eternal death.

For the wages of sin is death, but the free gift of God is eternal life in Christ Jesus our Lord. Romans 6:23

I have accepted the free gift of God and I recommend Jesus Christ to you. Will you accept the free gift right now? Will you embrace Christ as your own Saviour?

Please ask yourself: who is included in the ‘our’ below?

Christ died for our sins… 1Corinthians 15:3 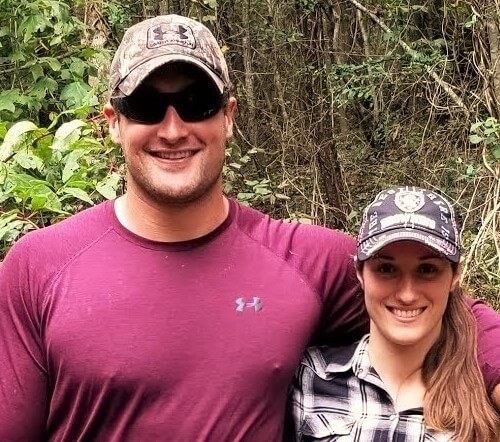 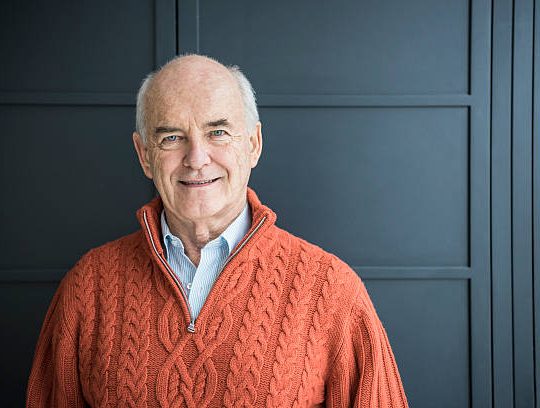