What Think Ye of Christ?

There came unto Him a woman having an alabaster box of very precious ointment … Judas Iscariot went unto the chief priests and said unto them, what will ye give me … thirty pieces of silver … Go into the city to such a man and say unto him, The Master saith …” Matthew 26:7,14, 15,18 KJV

A woman came to Him with an alabaster vial of very costly perfume … Judas Iscariot, went to the chief priests and said, “What are you willing to give me to … thirty pieces of silver…”Go into the city to a certain man, and say to him, ‘The Teacher says…” Matthew 26:7,14,15,18 NASB

The last week of the life of the Lord Jesus prior to the cross was a week where hearts were tested as to what men thought of Him. It began with men giving the colt to the “Lord” Who had need of it. Luke’s mention of the owners (plural) suggests that those who gave the animals must have been poor as they were joint owners (Luke 19:33). But they gave what they had. Business may suffer due to the lack of the animals, but there was something more important than financial gain. What seemed folly to the natural mind was fragrant to the Lord. 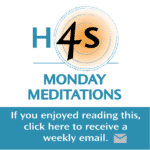 Then Mary expressed her estimation as she brought her “very precious” alabaster box. Its value, as we are often reminded, may well have reflected a year’s wages for the common working person. She thought Him worthy of it all. In carnal reckoning, it was a waste. In divine reckoning, it was worship. What might have been legitimately used on herself or had been used for Lazarus at his death, had been reserved for Him.

There was a householder in Jerusalem, who amidst the demand for housing and places for pilgrims to keep Passover, kept a room for the Lord and His disciples. The Lord Jesus requested the guest-chamber or the room where travelers gathered, hardly a spacious or adequate accommodation. In return, the goodman of the house gave Him a large upper room, undoubtedly a great sacrifice, for the Lord to keep the feast with His own. His estimation of the Lord Jesus was seen in His sacrifice.

But then there was Judas. How did his estimation compare with the owners of the colt, Mary, and the householder? Judas had a privilege that none of the others, as far as we know, ever enjoyed. He had been with Him for three years. He had seen His miracles, heard His words, observed His ways. He had seen the tears which stained His cheeks over Jerusalem, the touches which brought healing and life, the tenderness which marked Him as He enfolded children in His arms. From this Savior he had received the ability to work miracles and to move amongst the “rarest” of company on earth. What did he think of Christ? Thirty pieces of silver!

While all around the Lord Jesus, adoring worshipers were making sacrifices, one man tried to make gain for himself. While the Lord Jesus was not afflicted with the need for significance which we as fallen creatures have, He must nevertheless have been deeply grieved in His sensitive spirit, that after all His kindness to Judas, that Judas would value Him for thirty pieces of silver. 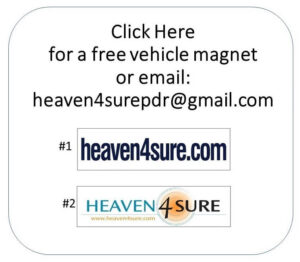 Who else gave things to the Lord Jesus in that last week?